The Trading Characteristics of GBP vs Euro 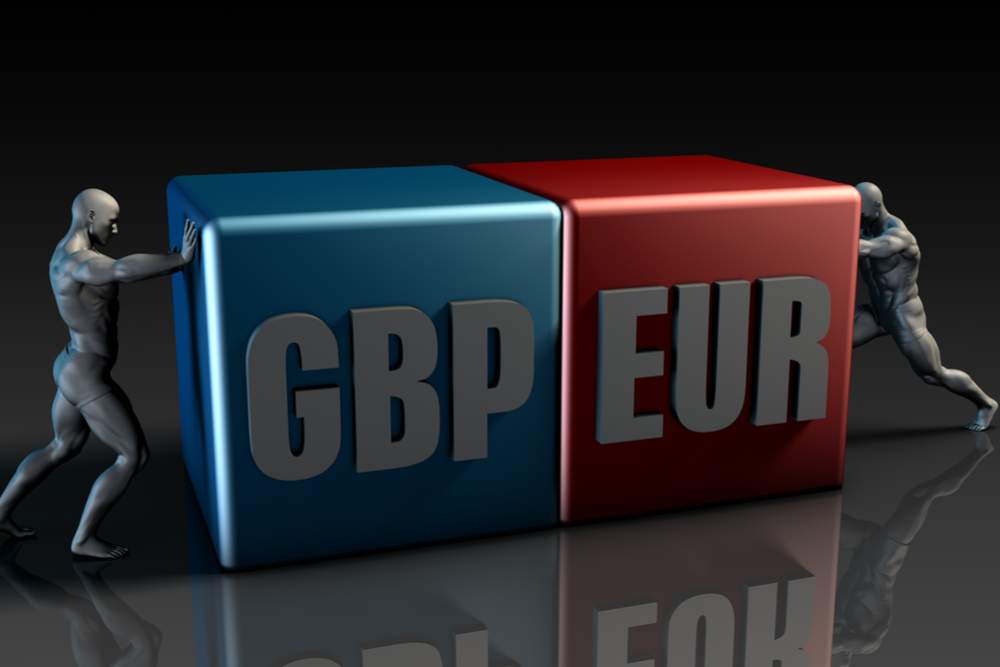 After almost two decades of Forex history, the GBP vs. Euro pair is today one of the important major currency pairs in online trading. This is due to their strength, relatively low volatility and considerable stability. Both the Euro and the Pound have gone through tough times, as the European Union members have been struggling to tackle political and financial issues for over a decade, creating relative volatility in the GBP vs. Euro pair. In this article, we will discuss the two powerhouses as well as some of the factors influencing the prices of the two currencies.

The performance of both currencies has been affected by the financial crises in the European South and by the Brexit developments. This is why the Bank of England and the European Central Bank are going to great lengths to protect the two currencies from future threats.

The pound (which is also known colloquially as quid), is additionally referred to as pound sterling or simply sterling. The Pound is a currency that is over 800 years old. It is used as means of payment in the United Kingdom and many UK overseas territories such as Guernsey, Jersey and the Isle of Man. It has a long history and is considered the world’s oldest currency still in use. The pound is the fourth-most traded currency, right behind the US dollar, the euro and the Japanese yen. It is also the fifth most-held reserve currency in global reserves.

In terms of currency tradability, GBP is classified as a major currency. The decisions of the Monetary Policy Committee can affect the performance of the Pound in the Forex market and for pairs such as the GBP vs. Euro.

The British Pound has been affected by the developments regarding the Brexit and by the political uncertainty in the United Kingdom, during this transitional period of re-establishing the future relations between the United Kingdom and its EU-member neighbours in continental Europe and Ireland.

Contrary to the Pound’s long history, the Euro is a relatively new currency. The euro is the official currency of one of the largest financial centers in the world, the European Union. The Euro is the official or de facto currency in 22 countries; the 19 EU members and 3 non-EU countries. Member countries include Germany, Spain, France, Italy and Ireland. Despite being a very strong currency, some of the countries that have adopted the Euro as their official currency are struggling, because their economies were not strong enough to support it.

The euro was created in 1995 and was introduced into the financial markets in 1999. It began circulating three years later, in 2002. Today, the Euro is one of the most traded currencies in the world, being second just behind the US Dollar. The most popular pairs containing the Euro as a variable are USD vs Euro, Euro vs JPY, GBP vs Euro and vice versa.

For pairs showing signs of volatility, such as GBP vs Euro, trading via CFDs is a good way to capture movement and momentum.

Much like the majority of the currency pairs in the forex market, the pound against euro pair can be affected by economic data and other external factors. One need only think of Brexit to understand how price can be influenced by political, economic, and other factors. In addition to developments related to Brexit, the pair can be affected by inflation rates, GDP and monetary policies. Those trading EURGDP, as well as other currency pairs, would be wise to stay abreast of financial news from the UK and the EU, particularly, as well as globally.

Just like any other currency pair on the Forex market, the value of GBP vs. EUR is affected by the world economy and global geopolitical events. For instance, Brexit profoundly influenced the pound fluctuations on the market. The currency has become more volatile and less predictable for traders. Inflation rates or monetary policies also affect both currencies. The best way to develop an optimized strategy for trading GBPEUR is to stay updated on the latest financial news from the EU and the UK.
The two powerhouses as well as some of the factors influencing the prices of the two currencies.

Whether you have decided to trade the pound versus the euro or a different asset, you can avail yourself to our large selection of CFDs. We offer CFD trading on a wide range of currency pairs, including the most popular and exotic ones. With ROI, traders can set their financial goals and use all the available tools offered by the company. European investors choose R1Investing to:

1. Trade with up to 1:500 leverage (leverage 1:500 is available to professional clients only), It is important to remember that leverage has its positives and negatives it may increase profits but it may also increase losses.

2. Power up trading with advanced MT4 on mobile, web, or desktop;

5. Get instant assistance from our personal support managers.

Enjoy trader-focused service and trading conditions without limits. Craft your strategies and enhance your trading tactics.

What Is Forex Trading? The Basic Input You Must Know You have heard about forex trading, but do you know what is forex trading? T... How To Trade Forex: A Beginners' Guide Are you wondering how to trade Forex? This article helps you through the ... Understanding GBP/AUD Correlation for Trading: British Pound vs. Australian Dollar Traders consider the GBPAUD currency pair as one of the most volatile tradi...
Open Account