Euro vs Dollar (USD) - The Most Traded Currency Pair 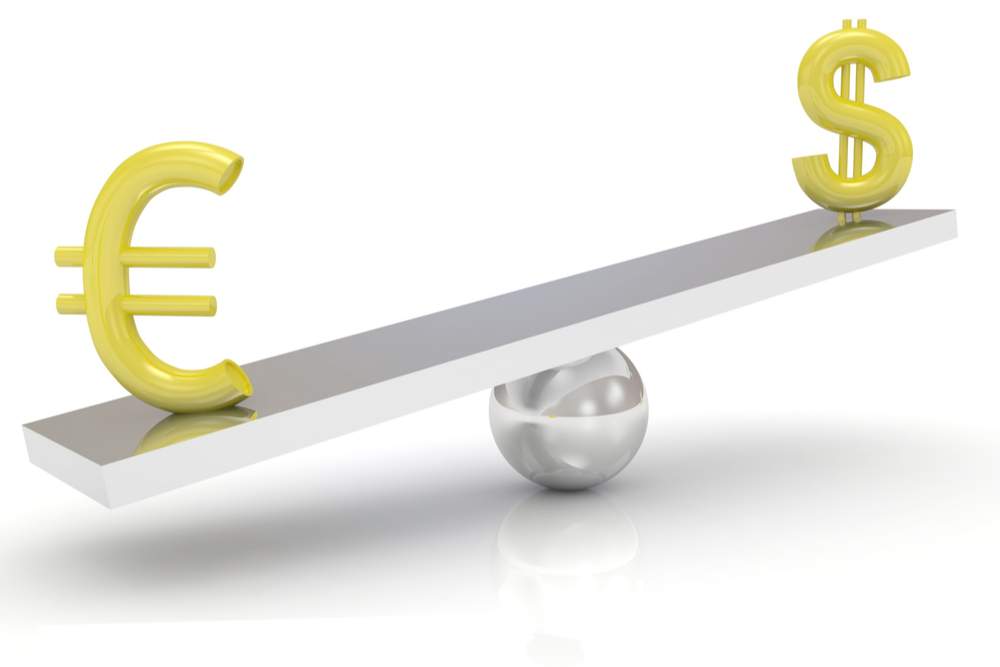 Undeniably, the Euro vs Dollar (USD) currency pair has the biggest name in the world of foreign exchange. Why so?

Euro and USD currencies are two of the strongest currencies, supporting the planet’s largest economies. These currencies are today’s global financial giants and are often traded against each other.

The reason why euro and dollar are still the major currencies in trading is apparent: since they are among the world’s leading currencies, a significant number of international and powerful companies located within the US and Europe deal with them.

Other vital factors make traders invest in Euro vs. Dollar (EUR/USD) in high volumes. It is the most popular currency pair, that is why there are a lot of financial analysis articles, rate charts, forecasts, reviews about it. A significant number of market participants ensures transparency of prices and transactions. Volatility and liquidity of the currency market make the EUR/USD pair compelling for investments. Both seasoned traders and novices can craft their strategies and invest in Forex with maximum efficiency.

Even though the EUR/USD pair has appeared on the global financial scene at the end of the 20th century, it has quickly turned to the most popular and powerful investment instrument.

To realize the significance of the Euro & Dollar (USD) pair, let us take a brief walk on the assets of each of these universal titans.

Euro (€) is the official currency circulating in 19 out of 28 European Union (EU) member states collectively called Eurozone. Introduced in 1999, it is one of the youngest currencies, which makes its impact now just 20 years later an amazing feat. It is the second most traded currency after the USD and is used by almost 338.6 million people daily.

After the euro was introduced, it had a hard time rising above the dollar. Since 2002, it has stood above the dollar, even with the messiness of Brexit, which has created a high degree of volatility in currency markets. Surpassing the US dollar in circulation, the Euro currently has more than €1.1 trillion in circulation, making it the most used currency on the planet.

USD is also considered the globe’s major reserve currency. Europe, Asia, and Africa keep a solid dollar reserve to protect their states against inflation instead of stockpiling gold and silver. The dollar has been in use for close to 250 years.

The two currencies as a pair (EUR vs. USD)

Given the aforementioned attributes of these currencies, the Euro vs Dollar (USD) currency pair (usually referred to as EUR/USD) is currently the most traded forex enterprise. Several large corporations lay the foundation of their businesses on both of them due to the pair’s multinational nature. Its flexibility and reliability attract the largest number of forex traders.

Euro vs Dollar (USD) pair basically indicates how many US dollars are required to purchase a single euro, which is considered the pair’s base currency. This means that the value of the EUR/USD is quoted as amount of USD per one EUR.

Since Euro vs Dollar has a fixed base currency and represents one unit, these paired currencies’ source of strengthening and weakening is not reflected in the rate. If the euro gets stronger and USD on the contrary, the rate will still increase. Either flow of any of them results in the upward rate movement (price) and a complementary progress in a price chart.

Although EUR/USD hit one of its lowest point of the daily average range in 2014, the last years have seen a great gain for the pair.

At r1investing you can trade the EUR/USD forex pair via CFDs or contracts for difference. CFDs are a unique trading option that gives traders several important features. For example, with CFDs, you can go long and short, backing up your thoughts on where the pair is going with a trade in that direction. If you choose correctly, you will profit. CFDs are a modern trading instrument powered by award-winning trading platforms such as MetaTrader 4 that let you trade on your mobile, PC or on the web with a completely no-download version.

Find out more about trading the Euro vs Dollar at R1Investing now!

A Tug of War of Pound vs Rupee. The pound vs rupee exchange rate has been on a consistent battle of push an... Hong Kong Dollar – The 13th Most Traded Currency in the World The unique city-state of Hong Kong circulates the thirteenth most traded cur... EUR vs. SEK: The Exotic Currency Pair The Euro/Swedish Krona (EUR vs. SEK) is one of the relatively few currency p...
Open Account