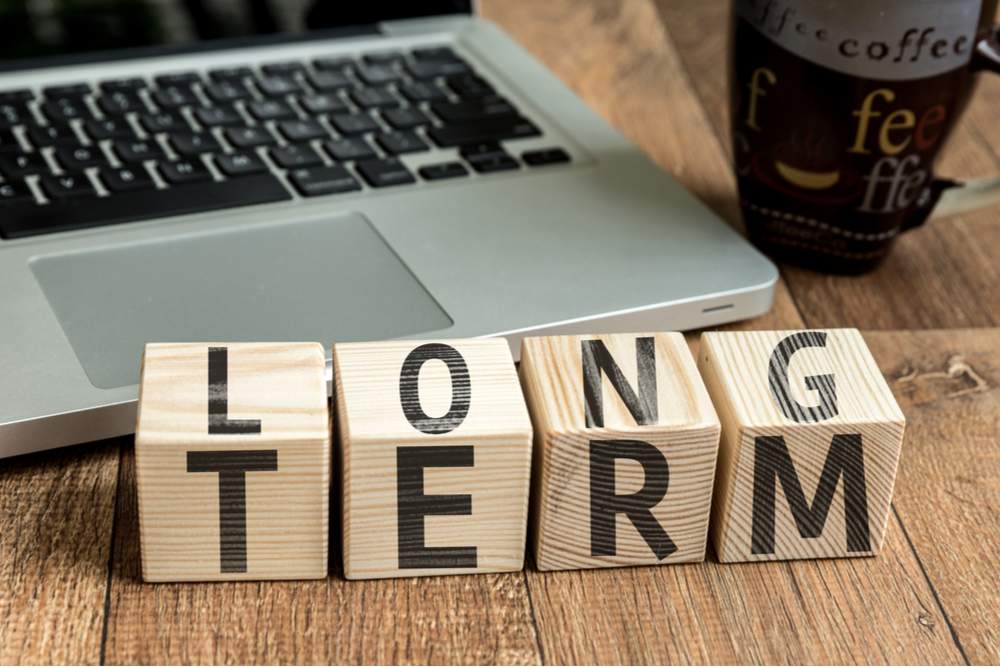 A long-term investment does not have a simple definition because it is perceived differently by each investor. Any investment strategy that buys and then holds assets for longer than a year is usually regarded as long term, although the definition of this timeframe can vary. In short, though, long-term investments are those which the investor intends to make profits from in the future.

Investments for the long term are different from those held for shorter periods. This is because the investor is not counting on those assets to generate revenue on their current operating activities but rather in a future rise in the value. Often, these investments are associated with retirement, or other future planning, though, of course, not always.

All investments carry some risk, but there is a belief that markets are easier to predict in the short term. Consider, for example, how investors’ enthusiasm towards banking stocks would have changed dramatically from early-2007 to late-2008 after the global financial crisis, or how today sentiment on the UK economy seems to be much different than before the Brexit vote.

Even a non-expert can often make shrewd judgments about the short term, whereas there is a greater element of risk to predicting what happens to a specific company, asset or overall economic picture a decade from now.

While some people say a long term investment logically carries more risk, they can also sometimes carry more reward. Amazon shares traded for under $2 each when the company first went public in 1997. The last couple of years has seen Amazon Inc’s share price at around 1000 times what they were in 1997, reaching a peak of $2,039.51 per share in September 2018. So, if you bought 500 Amazon shares in 1997 at less than $2 per share, your investment would be worth close to $1 million today.

It follows, therefore, that a strategy of long-term investing is one that requires some patience and some surplus capital. But, as the example of Amazon shows, it doesn’t necessarily take much in the way of capital to make a potential lucrative investment for the future. Indeed, online trading platforms offered by fintech companies give everyone the chance to make investments that could potentially earn profits later down the line. For example, buying cheap stocks and cryptocurrencies now might yield immense profits in later years if the investor is patient.

Stocks for the Long Term

What, then, are the assets suitable as a long-term investment? As suggested, stocks, amongst other assets, are often considered appropriate for a long game. You can, of course, spread your investment portfolio over a range of companies, which can help lower the risk of losing capital.

Stocks purchased with the goal of long-term returns are sometimes called growth stocks. Apple Inc and, more recently, Amazon Inc, are classic examples of growth stocks. Those stocks that are more focused on short term payouts of dividends, i.e. a return of the companies’ profits to shareholders, are called high dividend stocks, essentially the opposite of growth stocks.

A Broad Choice of Investment Opportunities

Buying real estate and government bonds are other examples of long-term investment strategies. While both are considered reasonably safe, they also carry risks. Real estate prices can crash dramatically and take years to recover like we witnessed back in 2007-2008. The risk of bonds is somewhat more confined to profits alone, related to the attached interest rates and the relative value of the bond if a central bank raises rates.

Of course, there are other, more modern, examples of investing long term, such as buying cryptocurrencies that are still inexpensive and not yet mature or investing in tech startup companies.

Choices for All Time Horizons

As you may gather, the main difference between long-term investment and a short-term investment has to do with the timeframe of potential returns. Investing in the short term can be all of the activities mentioned above – stocks, bonds, property, CDs (ISAs) – anything that is invested in with the view of return in a short period. There can, of course, be some overlap into what is defined as short term and long term, and there isn’t a complete consensus on what the timeframe should be to distinguish between the two.

All of this perhaps overlooks the way modern financial markets are invested in on a daily basis. Day trading, where online traders will buy and sell shares with the aim of making profit in a 24-hour period, has become popular for some traders looking for a hands-on approach to investing, as have futures contracts, where an agreed price is made on the sale of an asset at a future date, with profits made and lost if the future price rises or falls.

In short, the best investment strategy might not be limited to a short or long term investment horizon, but rather to something even shorter. Your best option might be a trading style where trades are designed to be executed within a matter of minutes or hours. If that sounds like a good fit for your trading goals and needs, you might want to explore trading on CFDs, a popular trading vehicle known as contracts for difference.

Trading at r1investing via CFDs

CFDs give traders the opportunity to make immediate trades, which they can keep open as long as they choose. Because CFDs don’t entail buying and selling underlying assets – but rather trading on the direction of an asset – short-term trades are often initiated. We have hundreds of assets across a wide spectrum of asset types:

Plus, at r1investing, we have the trading environment and features both novice and expert traders look for including top trading platforms, an incredible education hub, courteous and helpful customer support personnel, high leverage and short spreads. Interested in learning more about long-term investments, investing for the short term and CFD trading? Open an account and explore the world of trading with r1investing.
Open Account

Small investments: strategies and trading opportunities online A small investment is a broad concept, covering everything from putting mone... Hunting for profits in a bear market as a trader A bear market is a financial market that is characterized by falling prices.... What is CFD trading or how to invest online effectively? Traders want to boost their online investments and make them work in the be...
Open Account

How do Asset Management Companies Work? | R1Investing What is asset management and how does it work? Learn about this financial concept to enhance your knowledge in global financial markets. Bear Market | Take Advantage of the Market to Make Profit How do you trade a bear market for profit? What do you need to know about trading a down market? ll➤ Some popular strategies for trading in a bear market. Bearish Market Phenomenon Explained for Traders What is a bearish market? What happens when a market hits “bear”? All the answers in the following article to better understand better this phenomenon.